Meiosis is a specialized type of cell division in which from a diploid progenitor cell and after two consecutive nuclear divisions, called meiosis I and meiosis II, four haploid gametes are generated. Meiosis, also known as gametogenesis, is fundamental to generate new allelic combinations that promote the genetic diversity necessary to adapt to changes in environmental conditions. One of the critical steps in safeguarding genetic diversity is recombination between homologous chromosomes during meiotic prophase. The search for homologous chromosomes is facilitated by nuclear movements generated by cytoskeletal forces. Actin and dynein are two of the most evolutionarily conserved motors that generate force to move the nucleus. Nuclear motions are transmitted to chromosomes by telomere bouquet formation, a transient chromosomal configuration in which telomeres are clustered in specific regions of the nuclear envelope, often near the centrosome. Although defects in bouquet formation compromise gamete production and viability, the molecular basis that controls how the beginning and end of the bouquet stage is established, how long chromosome movements last, and whether these movements are stochastic or follow a predictable pattern are some of the questions that remain to be deciphered.

In our lab we try to understand the molecular basis of chromosome dynamics during gametogenesis by developing new computational tools for segmentation and unsupervised time series analysis, spectral evaluation, motif discovery and causal network discovery in chromosome movements in the fission yeast Schizosaccharomyces pombe, one of the model systems in which chromosome dynamics during the telomere bouquet stage has been explored in the greatest detail. In other tools, in the lab we have designed the ChroMo web application which allows us to obtain more detailed information about meiotic prophase in fission yeast and to clearly differentiate phenotypes that were previously indistinguishable by other methods. Another line of interest in the lab is the development of new quantitative approaches to understand chromosomal dynamics within other fundamental stages of gametogenesis, such as the structural steps of bouquet formation itself, spindle self-assembly along meiotic divisions as well as the detection of aneuploidy.

- Modeling the dynamics of chromosome movements and their possible microvariations during meiotic prophase as a consequence of mutations or physico-chemical stresses.

- Quantitative approaches to understanding the dynamics of the self-assembled spindle and studying its relationship to chromosome dynamics in meiosis.

- Telomeres and centromeres in meiosis: molecular identity, plasticity and mechanics of bouquet formation and disassembly. 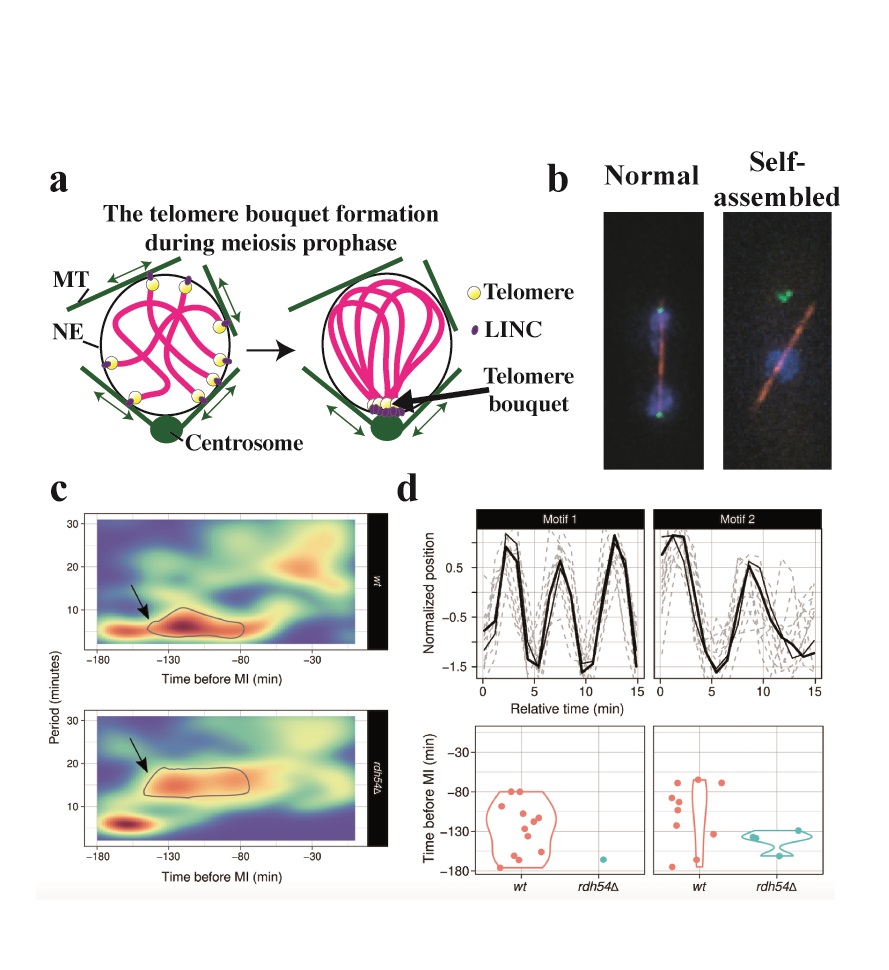 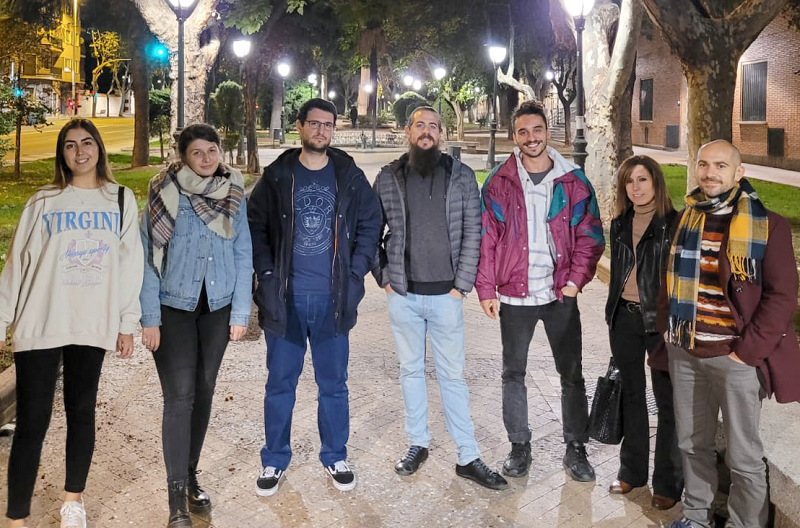