The genome is constantly exposed to multiple endogenous and exogenous agents causing accidental DNA damage. In addition, physiological and programmed genomic lesions are generated under certain circumstances, such as during meiosis. In our laboratory, we are interested in the molecular mechanisms (checkpoints) orchestrating the cellular response to DNA damage, which are essential for maintaining genomic stability both during mitosis and meiosis. Failures in these surveillance pathways result in mutation, aneuploidy and other chromosomal defects, which are linked to tumor development and certain genetic disorders in human. DNA integrity checkpoints are evolutionary conserved; in our lab, we use the budding yeast Saccharomyces cerevisiae as a eukaryotic model system to investigate these processes using a variety of genetic, cytological and molecular approaches.

Since detection, signaling and repair of genomic injuries occur in the context of chromatin, we study the function of some histone post-translational modifications and chromatin remodeling. We have uncovered that histone H3 methylation at lysine 79 (H3K79), carried out by the conserved Dot1/DOT1L protein, modulates several mechanisms contributing to maintenance of genetic stability, such as tolerance to alkylating damage (Conde and San-Segundo, 2008; Conde et al., 2010). More recently, we are focused on the meiotic checkpoints reinforcing proper meiotic chromosome segregation to ensure the formation of gametes with the adequate number of intact chromosomes. We have reported that the conserved Ddc2/ATRIP protein functions as a sensor of meiotic defects (Refolio et al., 2011). Moreover, H3K79 methylation is also critical in the meiotic checkpoint pathway for activation of the Mek1 effector kinase mediated by the Hop1 adaptor, which is a structural component of meiotic prophase chromosomes (Ontoso et al., 2013). Once the meiotic defects are detected by the checkpoint sensors and the signal is transmitted to the Mek1 effector, the ultimate goal of checkpoint activation is to block cell cycle progression to prevent chromosome missegregation. The polo-like kinase Cdc5 plays crucial roles in this downstream part of the meiotic checkpoint pathway (Acosta et al., 2011). Currently, we are also investigating the function of histone H3 and H4 acetylation, as well as that of the H2A.Z histone variant in meiotic chromosome dynamics.

Meiotic checkpoint and nuclear organization ((A) Immnunofluorescence of meiotic chromosome spreads from S. cerevisiae stained with DAPI (chromatin), anti-Rad51 (unrepaired DSBs marker) and anti-tubulin (spindle marker) antibodies. In the wild type, all Rad51 foci have disappeared when MI and MII segregations take place. However, when the checkpoint is defective (ddc2 mutant), chromosome segregation occurs (elongated spindles) with unrepaired breaks (Rad51 foci) leading to inviable spores. (B) In vivo image of a meiotic prophase yeast nucleus with the telomeres of synapsed chromosomes (Chr) anchored in the nuclear envelope (NE) to drive their rapid movement throughout the nucleus. 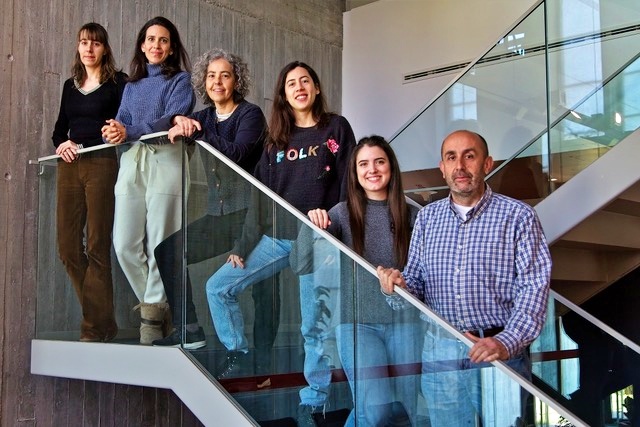