The World Health Organization (WHO) considers infertility as a disease, and estimates 1-2% of prevalence in couples in developed countries (3.6 millions of infertile couples in high-income regions). A key feature of meiosis, the cellular program that generates gametes, is the recombination between homologous chromosomes (maternal and paternal) that, in addition to generate genetic diversity, facilitates accurate chromosome segregation. Defects in chromosome segregation during meiosis cause miscarriages, infertility and genetic diseases, revealing the importance of understanding the meiotic recombination process.

Our laboratory is interested in how this particular recombination is regulated. To this aim we are using the fission yeast Schizosaccharomyces pombe, since this organism is a proven model system for different eukaryotic conserved processes.

Recombination initiates with programmed DNA double-strand breaks (DSBs) in the context of linear elements (LinEs) -dynamic chromosome structures similar to the synaptonemal complex of other eukaryotes- that serve as platforms where the pre-recombination complexes, which eventually will generate the breaks in the DNA, are loaded. A strict regulation of DSB formation during meiosis is critical to maintain the genome stability during this physiological situation, in which self-inflicted DNA damage is used as a source of genetic recombination. Thus, DNA break formation has to be coordinated with meiotic progression and, indeed, DSB formation during meiotic DNA replication is repressed. Apart from this coordination, this aspect of meiosis is largely unknown in most species. .

Our previous work identified several components of LinEs and pre-recombination complexes, as well as functional relationships among them, and key protein residues required for LinE organization/localization and DSB formation. More recently, we have found that CDK (cyclin-dependent kinase) activity, which controls meiotic progression, also regulates DSB formation in fission yeast. Maturation of LinEs seems to be an important point of CDK regulation, modulating the binding to chromatin of one of their structural components. Furthermore, CDK activity might also control downstream events balancing the repair pathways after DSB formation. Therefore, CDK activity in meiosis may regulate different steps of the recombination process. We are currently exploring new points of this regulation.

Apart from the prominent role in DSB formation of the meiosis-specific Crs1 cyclin, we have recently identified additional functions. This cyclin is required for meiotic S-phase progression, a canonical role, and to maintain the architecture of the meiotic chromosomes. Crs1 localizes at the SPB (Spindle Pole Body; centrosome equivalent in yeast) and is required to stabilize the cluster of telomeres at this location (bouquet configuration), as well as for normal SPB motion. The maintenance of the meiotic nuclear architecture as well as the nuclear movements are essential for an efficient recombination, and therefore for the production of viable gametes. Thus, the meiosis-specific Crs1 cyclin seems to be a multitask cyclin with roles in several key aspects of meiosis. 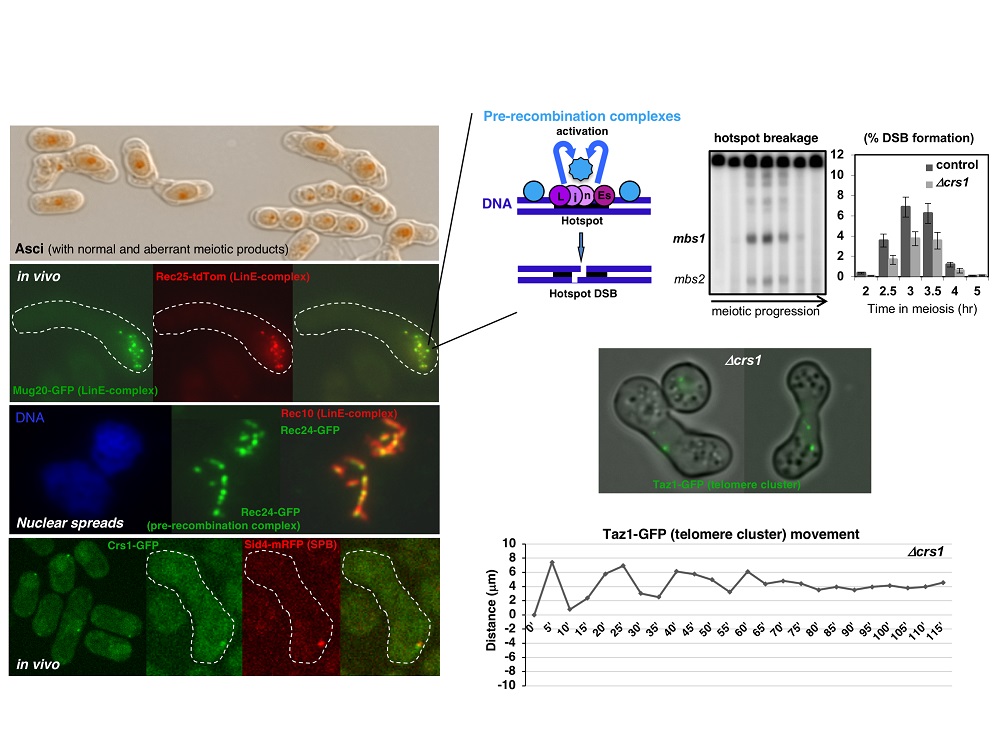 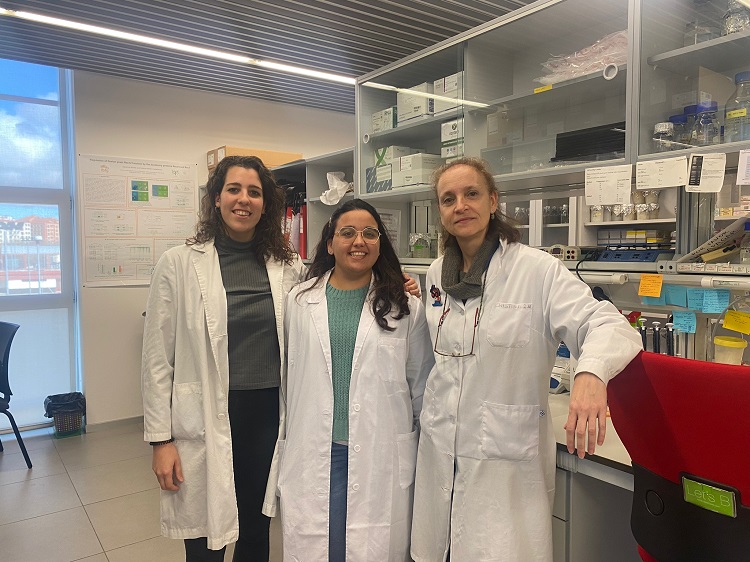