Endogenous metabolic products, such as reactive oxygen species, and exogenous physical and chemical genotoxic stress, constantly assault the genetic material in the cell. It has been estimated that there are about 100.000 lesions per cell per day in humans. In response to such a high levels of DNA damage, sophisticated mechanisms have evolved to coordinate cell cycle progression with DNA repair. When those systems fail or the rate of DNA damage exceeds the capacity of the cell to repair it, the accumulation of errors can overwhelm the cell and result in early senescence, apoptosis, or cancer.

Recently, a rapid progress has been made in defining the cellular response to DNA damage. After a DNA damage has been produced, a DNA damage response (DDR) signal is triggered in order to couple DNA repair with cell cycle progression. This signal is driven by phosphorylation events, (predominantly serine and threonine residues) that activate both the repair of the broken DNA and the DNA damage checkpoint arrest. While the importance of several kinases in the DDR has been well documented over the last years, the complex role of protein dephosphorylation has only begun to be investigated. Surprisingly, different studies have pointed forward the essential function of several phosphatases in DNA repair, not only by counteracting the DNA damage-induced phosphorylation events to promote reentry in the cell cycle, but also by playing a direct role in the repair process.

One of the best-described models to analyse DNA repair is the homing endonuclease HO system. Since the HO is a site-specific endonuclease, we can explore the repair of a single DNA cut by using standard genomic assays, gathering information about how the broken DNA is repaired by the cell (see Figure). By using this methodology and other molecular and cellular biology techniques, our goal is to understand how protein phosphatases are involved in the repair of a DNA lesion, their regulation during the activation of the DNA damage response and their targets in the process, in o order to obtain a complete picture of the role of these proteins in the maintenance of genome stability. 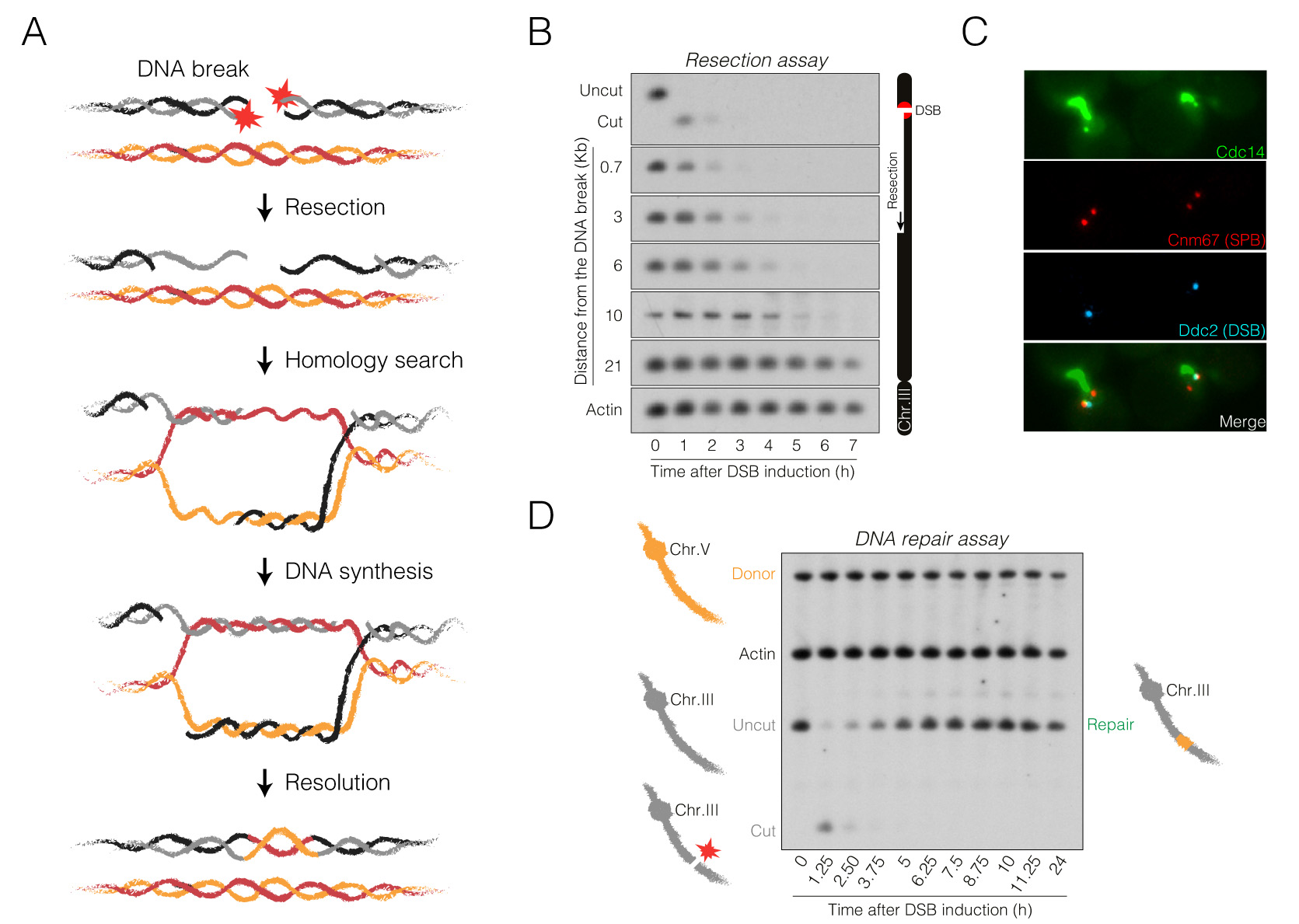 Analysis of DNA repair
A) Upon generation of a double strand break (in black) cells can repair the DNA lesion by using a homologous sequence (in red) throughout the execution of several processes that ensure an efficient recovery of the DNA break.
B) The fulfilling of each DNA repair process can be followed by using specific genomic approaches. An example of an assay to detect DNA-end resection by Southern blot is shown.
C) The localization and behaviour of the HO-induced DNA lesion can be detected within the nucleus by using fluoresce microscopy.
D) The efficiency of the repair process can be also measured by using genomic strategies. An HO-cut induced at chromosome III is quickly processed by using a donor sequence located at chromosome V to regenerate the broken DNA. 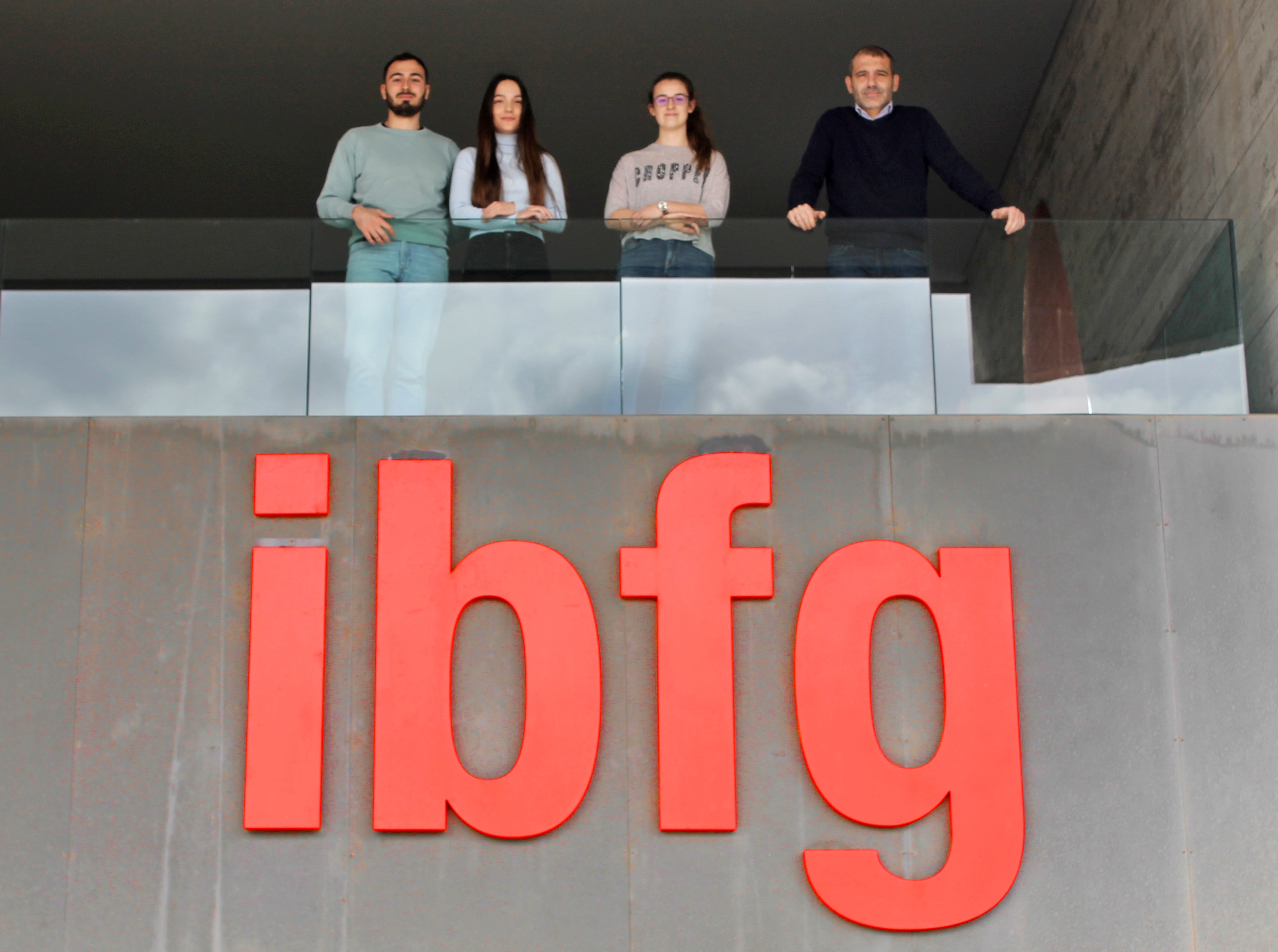