Functional organization of the eukaryotic genome

All eukaryotic genomes, regardless of their size, are greatly compressed inside the cell nucleus. The first level of compaction depends on the nucleosomes -the basic units of chromatin- which are made up of 147 base pairs of DNA wrapped around a histone octamer. Each human diploid nucleus contains 2 meters of DNA and around 30 million nucleosomes. The genome a haploid yeast spans 5 mm and is packed by 80000 nucleosomes, approximately.

In addition to their structural function, nucleosomes control genome processes by modulating the access of regulatory proteins to DNA or through the epigenetic modification of histones. This regulatory function depends on the precise positioning of nucleosomes relative to the DNA sequence. Nucleosome positioning is regulated by chromatin remodeling complexes, the binding of trancription factors and the DNA sequence itself.

In our laboratory, we are studying how the DNA sequence specifies the position of nucleosomes in the genome. We use species of the yeasts Schizosaccharomyces and Saccharomyces as model systems and biochemical, genetic, genomic and bioinformatic experimental approaches. In recent years, we have reported that the 147 nucleotides of mononucleosomal DNA adopt a well-defined distribution pattern that we have called nucleosomal signatures. Despite the high degree of phylogenetic conservation of histones, nucleosomal signatures differ even among species of the same genus (Quintales et al. 2015) (Figure 1A) raising the question of what could be their biological significance.

Through genomic and bioinformatic approaches, we have shown that nucleosomal signatures contain information to direct the positioning of nucleosomes in chromosomes in vivo. By using this information, we have designed synthetic DNA molecules capable of positioning nucleosomes with the same periodicity than the host genome where they integrate. It is equally possible to remaster genes of an organism through the incorporation of the nucleosomal signature of a different host genome by selecting synonymous codons such that the ectopic gene adopts the nucleosomal organization of the recipient genome while maintaining the expression of the original protein (González et al. 2016) (Figure 1B).

The design of DNA molecules capable of driving their own nucleosomal organization opens the possibility of modifying specific chromatin regions to study its impact on transcriptional regulation, genome stability and the landscape of epigenetic modifications. These approaches are also relevant to the fields of synthetic biology and genome design and could be used to optimize genes and expression vectors of interest in biotechnology. We are currently exploring these possibilities in our laboratory 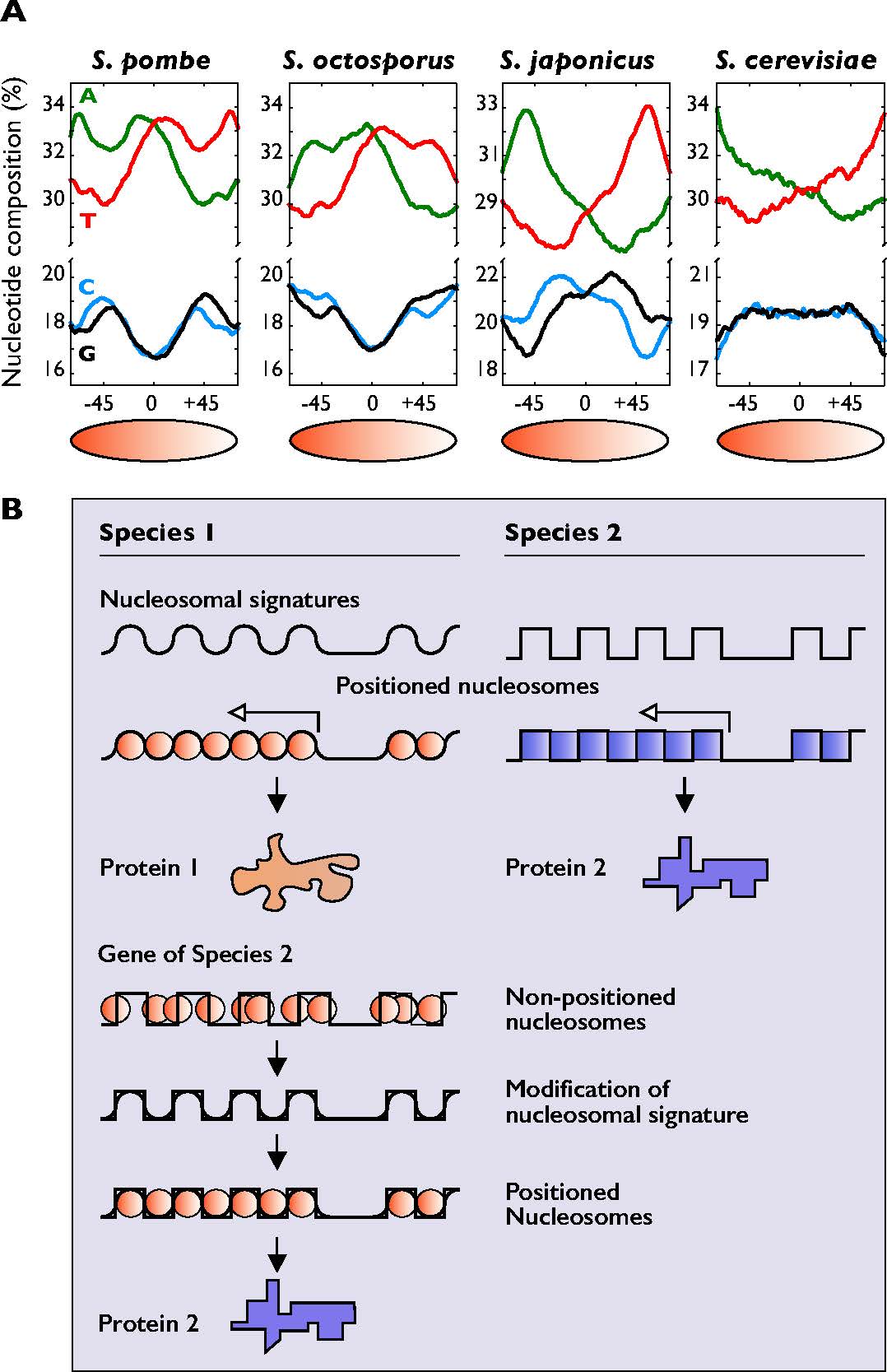 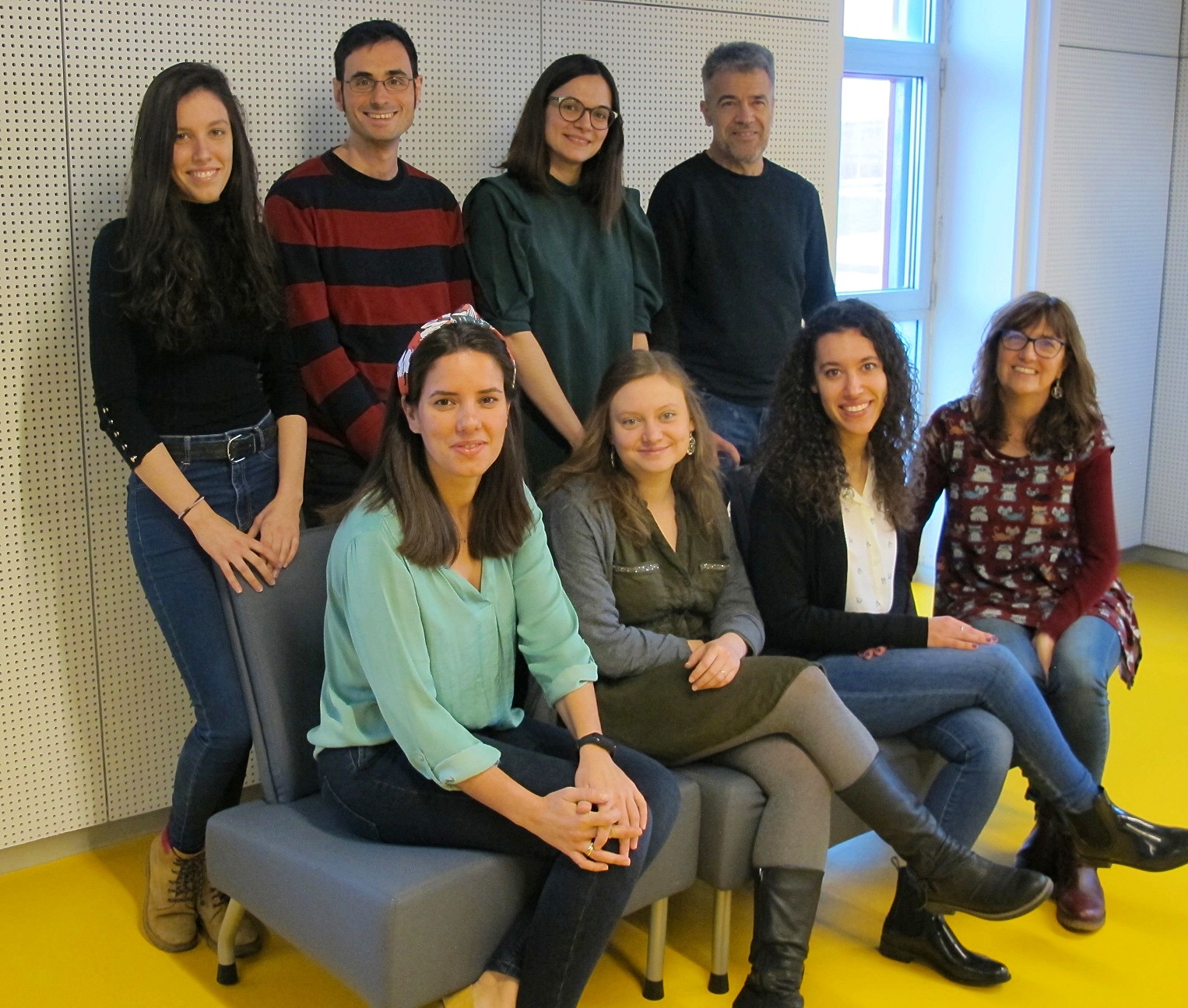