Regulation of homologous recombination and DNA repair in meiotic cells

Meiosis is an essential process during gametogenesis, giving sexually reproducing organisms the ability to adapt to the environment through evolution. Our research focuses on the ability of cells to correctly perform the processes of homologous recombination (HR) of the DNA during meiosis, and to identify the response of those same cells when recombination is defective or absent. When these defects occur, problems during recombination could have a major impact on gamete quality.

Given the complexity of meiosis in the context of gametogenesis, we have differentiated our lines of work into three main lines:

a) Initiation of recombination. During meiosis, HR significantly contributes to the formation of haploid gametes. HR is initiated through the programmed introduction of hundreds of DNA double-strand breaks (DSBs). DSBs are catalyzed by the Spo11 transesterase, a highly conserved type II DNA topoisomerase. Spo11 does not introduce breaks randomly, but in discrete regions of the genome known as hotspots. ATM and ATR kinases, both critical in maintaining genomic integrity, are activated by meiotic DSBs at hotspots, phosphorylating several factors, including the component of the Spo11 complex Rec114. ATM/ATR activation also leads to the phosphorylation of structural proteins of the synaptonemal complex (SC), such as Hop1, essential in the selection of the appropriate template DNA during homologous recombination. Phosphorylation of Hop1 is also required for the activation of surveillance mechanisms, or checkpoints, necessary for the correct repair of DSBs. Despite these advances, there are a large number of ATM/ATR functions in meiosis which are still unknown. The identification of new substrates of these kinases will help to better understand the regulatory pathways they take part during meiosis. Defects in these pathways may lead to aneuploidy and mutations in the gametes, causing congenital disorders, infertility or cancer.

b) Termination of Recombination. Our studies here are centred in understanding the regulation of homologous recombination at later stages in meiosis, in particular, the processes involving the resolution of recombination intermediates (RIs) into recombination products, such as crossovers (COs) and noncrossovers (NCOs), that take place at the end of meiotic prophase I. Our most recent studies have identified the role of the phosphatase Cdc14 in controlling the formation of recombination products when the major repair mechanisms are compromised. In that sense, Cdc14 dephosphorylates substrates required for the correct resolution of RIs, such as Yen1. Identifying additional substrates of the phosphatase involved in HR and DNA repair will offer novel insights into the regulation and mechanisms of meiotic recombination.

c) Control of recombination by use of chemical compounds and inhibitors. This third line of research, more oriented, is where we study the effect of certain inhibitors that target specific DNA repair enzymes involved in HR. To this end, we have established techniques for culturing primary oocytes on which we study the stages of meiotic prophase I where repair of DSBs takes place. These studies will help us to better understand some of the underlying problems that can lead to infertility or genomic instability in the oocytes. 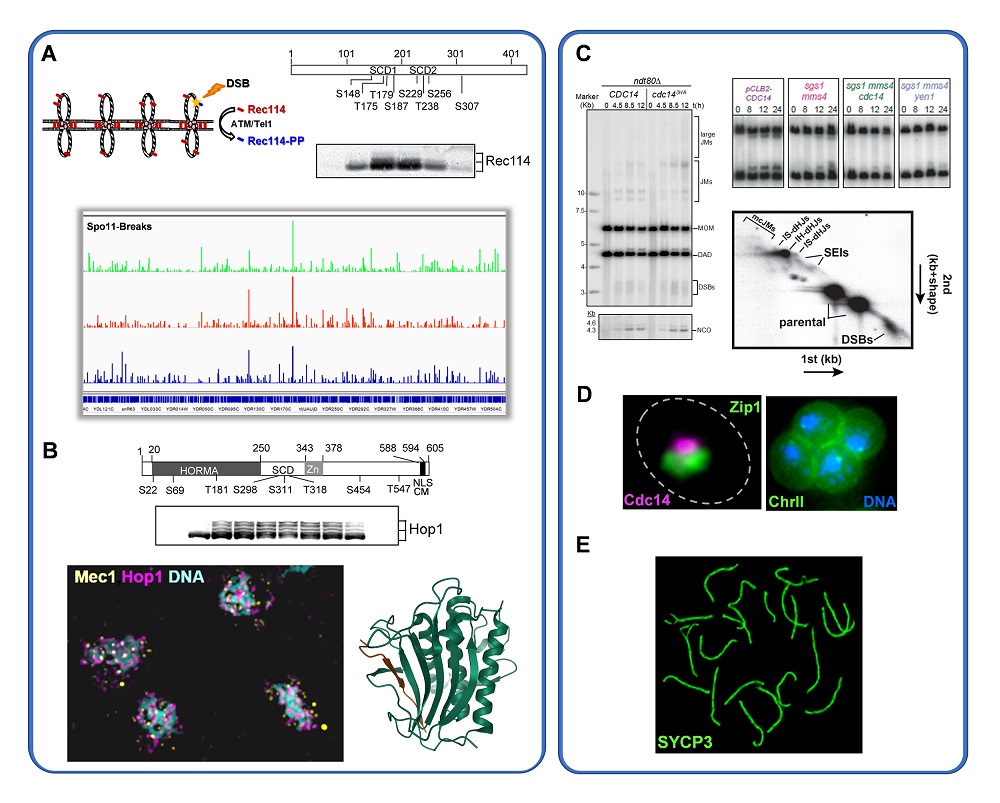 Recombination initiation.
(A) Regulation by phosphorylation of Rec114 by Tel1 kinase (ATM) and its effect on DSB formation at hotspots by the Spo11 transesterase.
(B) Schematic representation of the synaptonemal complex protein Hop1 (HORMAD1/2) displaying some of the amino acids likely to be targeted for phosphorylation by the Tel1 (ATM) and Mec1 (ATR) kinases.
Termination of recombination.
(C) Regulatory role of Cdc14 phosphatase in resolving recombination intermediates during meiosis through the Holliday junction resolvase, Yen1. Both recombination intermediates and recombination products can be visualized on the gels.
(D) Localization of Cdc14 relative to the central filament component of the Zip1 synaptonemal complex during meiotic prophase I (left image). Cdc14 is required to prevent aneuploidy formation in gametes (spores) (right image).
Control of recombination by chemical compounds and inhibitors.
(E) Immunocytological study of meiotic prophase I in cultured oocytes treated with different compounds. 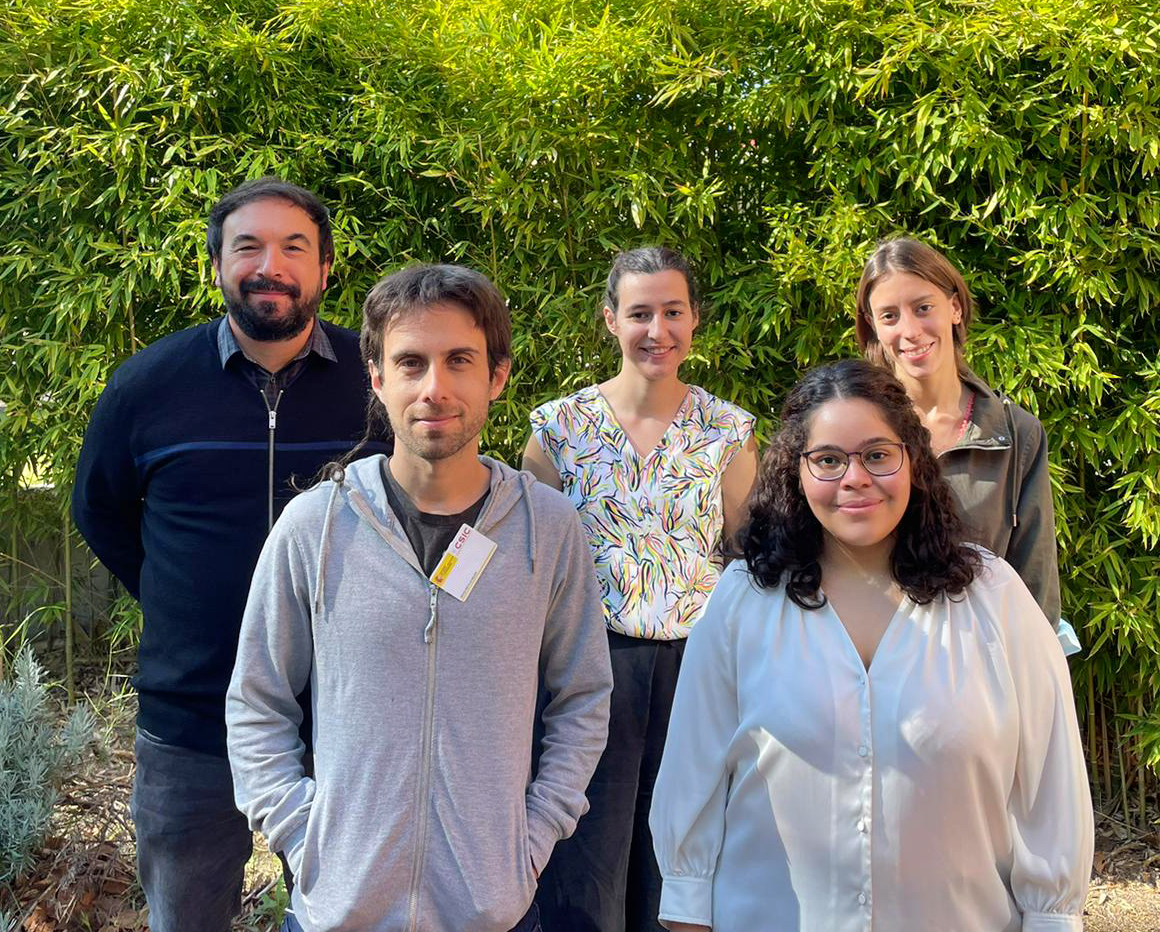